The process starts by induction of ovulation. This is enhancement and stimulation of the female's ovary to produce more ova than usual. Usually, ladies produce one ovum every month. Special medications are given to the lady throughout one month that allow her to produce more than one ovum, up to 30 ova in some cases. The progress of ovulation (production of the ovum) is monitored every week by ultrasound and hormone level measurement. These medications have no side effects apart from some temporary water retention in rare cases. The production of a large number of ova at once has no side effect on the lady's future fertility, since females enter menopause having used only 40% of their ova. The rest is wasted.

When the ova are ready, they are extracted out of the lady's ovum by a tiny needle that is inserted into the ovary without pain (under anesthesia). Introduction of the needle is guided by ultrasound. This is called "ovum pickup".

In the same day, fertilization occurs by injecting sperm from the husband into the ova. Only one live sperm is required for each ovum. This is called Intracytoplasmic sperm injection (ICSI). ICSI differs from regular IVF in that the sperm is injected into the ovum directly (ICSI) rather than left with the ovum for some time in a tight space hoping fertilization will occur (IVF).

The injected ova are observed for 48 hours, and those that turn into embryos are immediately transferred back to the lady's uterus, by painless injection. Since many embryos are usually injected, the probability of twin and triplet pregnancy is higher than normal.

A pregnancy test should be performed after 3 weeks. Pregnancy occurs in 35-45% of cases. If it does not, the process can be repeated. Children born  to IVF / ICSI are completely normal. There is not a higher probability of congenital abnormalities in ICSI babies as compared to those of natural conception.

Thus, IVF / ICSI can achieve conception even in the most severe cases of infertility. For example:

In intrauterine insemination, fertilization occurs inside the uterus. Ovulation is stimulated by medications, and when the ova are ready, semen is prepared so as to purify sperm from possible harmful materials in the seminal fluid, and is injected into the uterus, so as to shorten the distance sperm have to travel to reach the ovum. Fertilization occurs normally.

For IUI to succeed, it needs a minimum of 4 million highly motile sperm, and it needs the tubes to be patent. Success rate of IUI is about 15%.

Hospital is one of the best IVF centers in Egypt, founded 1996 in collaboration with Nottingham University, UK. It is recognized by the World Health Organization as a teaching and directing center for physicians in the field. The center has expanded to Luxor (Southern Egypt) and to United Arab Emirates (Sharjah).

In our centers in Egypt, IVF / ICSI cost around 3500 USD, inclusive of medications.

It is required to stay in Egypt for 21 to 40 days, which is one more reason to have this procedure performed in Egypt During this period, it is possible to enjoy the

fabulous tourist attractions in Egypt, from those of the Ancient Egyptian Civilization to the fascinating Red Sea, including visits to the Pyramids, Egyptian museum, Nile cruises, Red Sea coral dives..endless amusement.

IVF / ICSI in Bosnia and Herzegovina

Another option is to have the procedure done in Europe; Sarajevo. Sarajevo is a tranquil city with the most beautiful landscapes and rivers. Our hospital is situated in the city center, a short distance from all the attractions, both the modern and the natural. The medical team is one of the most experienced in Europe, with referrals from all over the world.

The average cost of ICSI cycles in Sarajevo is 3500 USD, inclusive of medications. 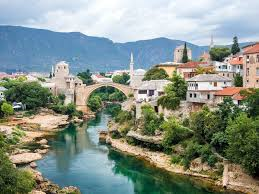 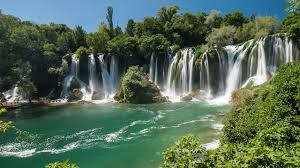 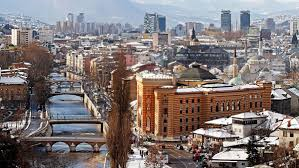 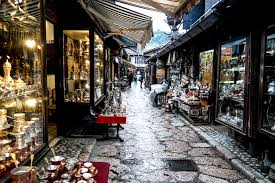 Our centers can arrange for accommodation and sight seeing in addition to the procedure. 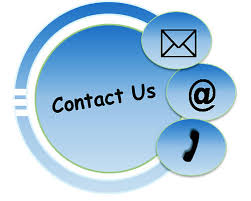